Charles Mackie (1688-1770) was appointed as Edinburgh University’s first Professor of Universal History and Greek and Roman Antiquities| in 1719. 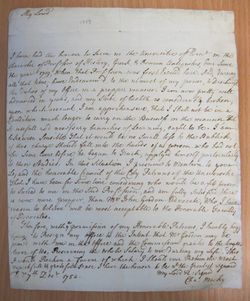