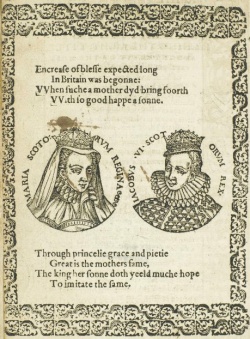 On 13 March 1567, Mary, Queen of Scots signed a Royal Charter granting the Town Council of Edinburgh all the lands, buildings, and revenues formerly belonging to the monastic orders abolished during the Scottish Reformation of 1560. These were granted for the support of the clergy and the poor, but a clause was inserted whereby all existing prebendaries, chaplains, and friars were to retain the life-rent of their respective benefices.

The Town Council were frustrated in their hope that Mary's charter would permit monastic properties to be used for educational purposes, having earmarked the Collegiate Church of St Mary in the Fields (or 'Kirk o' Field') as a potential site for a college of higher education. The Town Council nonetheless proceeded to negotiate the sale of the site with a succession of Provosts of Kirk o' Field and were finally able to buy in 1581. On 14 April 1582, Mary's son James VI issued a further Royal Charter, extending Mary’s charter of 1567 to permit the town to use monastic properties for educational purposes. The Charter ratified the sale of Kirk o’ Field to the Town and empowered the Council to appoint and remove professors, and to build houses for their accommodation. It is thus recognized as the enabling charter that paved the way for the creation of Edinburgh University in October 1583.