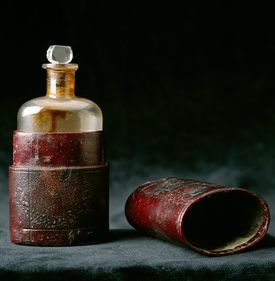 The Chair of Midwifery dates back to 9 February 1726, when the Town Council appointed Joseph Gibson (c1698-c1739) as Professor of Midwifery to the City, but not the University, of Edinburgh.

Gibson, a surgeon who had for some time practised obstetrics in Leith, had petitioned the Council to create the Chair, with support from the Colleges of Physicians and Surgeons. The Town Council, aware of the urgent need to raise standards of midwifery in the city, empowered him 'to profess and teach the said art, in as large an extent as it is taught in any city or place where this profession is already instituted'. At the same time, they laid down a series of rules for the regulation of midwifery in Edinburgh. For Sir Alexander Grant (1826-1884), the University’s most authoritative historian, the reason why this was a City rather than University Chair was that it was assumed that his pupils would all be women, who were not at that time entitled to study at the University. Roger L. Emerson, however, in his Academic Patronage in the Scottish Enlightenment, suggests that an added factor may have been that Gibson was an Episcopalian and thus reluctant to subscribe to the Westminster Confession, as then required of all Professors of the University.

On Gibson’s death, Robert Smith (1705-1774) was nonetheless appointed ‘Professor of Midwifery in the City’s College, with the right to sit on the Senatus Academicus. The first holder of the chair actually to lecture on Midwifery to students of the University was Smith’s successor Thomas Young (c1728-1783), notes of whose lectures survive in the University Archives. Young established a teaching ward at the Royal Infirmary and is credited with doing much to dispel the widespread belief that clinical instruction was unnecessary for midwives.

In 1780, Alexander Hamilton (1739-1802) was appointed as joint Professor and, on Young’s death three years later, became sole holder of the Chair. Besides establishing Edinburgh's first Maternity Hospital (on the site of the present Teviot Row House), Hamilton was the first Edinburgh Professor of Midwifery to enjoy an international reputation, publishing text-books and treatises that were translated into German. Hamilton took his son James Hamilton (1767-1839) as joint Professor in 1798, finally resigning in his favour in 1800.

Although an outstanding academic in his own right, James Hamilton is now best-known for triggering a crisis that led to a major reform in the governance of Edinburgh University and of the Scottish universities in general. In 1815, he petitioned the Senatus Academicus to make a course in Midwifery a compulsory component of a degree in Medicine. The petition was turned down, perhaps, as Sir Alexander Grant argues, due to the animosity of senior members of Senatus towards the quarrelsome and litigious Hamilton. In 1825, therefore, he applied directly to the Town Council, the University’s governing body, who responded favourably and instructed Senatus to include Midwifery within the degree curriculum. Senatus refused, arguing that arrangements for degrees and graduation were their responsibility alone, but were compelled to conform following a visitation of the University by the Town Council on 10 November 1825. An appeal to the Law Courts failed with the justiciary finding in favour of the Town Council.

Shortly before the Town Council's visitation however, the Senatus Academicus had successfully petitioned the Home Secretary Sir Robert Peel to appoint a commission to settle the respective rights, powers, and privileges of Senatus and the Town Council. The Commission’s findings were eventually embodied in the Universities (Scotland) Act 1858 which rested power from the Town Council and invested it in a newly constituted University Court. 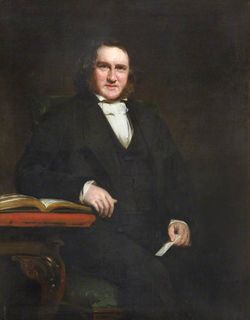 From the perspective of Midwifery, however, Hamilton’s appeal to the Town Council was an unqualified success, and the subject became a compulsory part of the Medical degree from 1833 onwards. His successor in 1840 Sir James Young Simpson (1811-1870) is perhaps the most distinguished holder of the chair, celebrated for his discovery of the anaesthetic effects of chloroform, and application of them to relieve labour pains. The Royal Maternity and Simpson Memorial Hospital was opened in 1879 as a permanent memorial to his achievements.

Simpson was succeeded by his nephew Sir Alexander Russell Simpson (1835-1916) who held the Chair until his retirement in 1905. Simpson lectured and published on both obstetrics and gynaecology. His successor in Chair Sir John Halliday Croom (1847-1923), however, was a specialist in obstetrics alone, necessitating the appointment of Alexander Hugh Freeland Barbour (1856-1927) as Lecturer in Gynaecology. On the retirement of both men in 1922, the two subjects were once again reunited in a Chair of Midwifery and Gynaecology.

Chair of Midwifery and Gynaecology

The first holder Benjamin Philp Watson (1880-1976) resigned after only four years to take up a similar post at Columbia University, New York. He was succeeded by Robert William Johnstone (1879-1969), author of a standard textbook on midwifery, who held the Chair until 1946.

Chair of Obstetrics and Gynaecology

Chair of Gynaecology and Reproductive Sciences

Since 2014, Andrew Horne has held the Chair of Gynaecology and Reproductive Sciences in the School of Clinical Sciences (part of the College of Medicine and Veterinary Medicine).

Holders of the Chair