Merger with Edinburgh College of Art, 2011 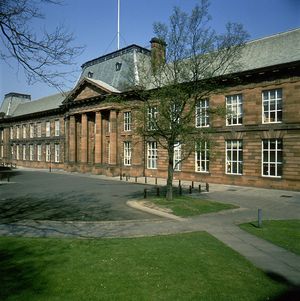 On 1 August 2011, the Edinburgh College of Art (ECA) merged with the University of Edinburgh to become an enlarged school within the College of Humanities and Social Science.

A jointly taught MA (Honours) in Fine Art had been continuously offered by the University and ECA since 1946. Collaboration, however, dated back to the 19th century when the university established academic links with ECA's predecessor body, the Trustees Academy School of Art. These longstanding links were strengthened in 2003, when the University became the accrediting body for ECA, validating its programme of study and awarding its degrees. In the following years, the University and ECA partnered each other in a range of collaborative teaching, research, and cultural projects. These culminated in the merger of the two bodies' Architecture departments to form the Edinburgh School of Architecture and Landscape Architecture (ESALA).

As collaboration intensified, a consensus emerged that a combined institution would offer the greatest range of opportunity and security for both the University and ECA in an increasingly challenging economic climate. Merger could lead to the development of innovative interdisciplinary programmes of study and research projects, offering a richer experience for both staff and students, providing a greater breadth of facilities and services, and generating new income streams. In February 2010, following initial discussions, the University Court and the Board of Governors of ECA authorized their respective Principals to enter negotiations with a view to drawing up a plan of merger.

The two Principals, Sir Timothy O'Shea and Professor Ian Howard for ECA subsequently draw up a plan for merger, which was approved by the ECA Board of Governors on 21 September 2010 and the University Court on 27 September. The proposals also received the backing of student and staff representatives at the ECA as well as the Edinburgh University Students' Association. The plan was then submitted to the Scottish Government which, following a twelve-week public consultaton, granted its approval in January 2011. The merger was backed by £13.8m of new investment from the Scottish Funding Council. 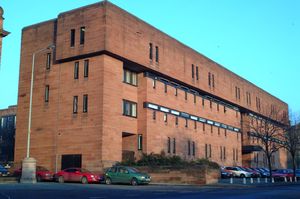 Following the merger, the Edinburgh College of Art retained its name and identity as an enlarged school within the College of Humanities and Social Science. It absorbed Edinburgh University's School of Arts, Culture and Environment, which consisted of the School of History of Art, the Reid School of Music, and the already merged Edinburgh School of Architecture and Landscape Architecture. The ECA thus currently consists of the following schools:

Chris Breward was appointed as the first Principal of the enlarged ECA in September 2011. As a further consequence of merger, the Edinburgh College of Art Student Union was dissolved, and all students are now automatically members of the Edinburgh University Students' Association.

Other University Events in 2011