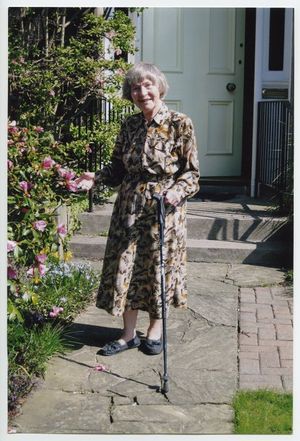 Born in Newcastle-under-Lyme, Staffordshire, and educated in Birmingham, Moon read classics at St Hilda's College, Oxford. Before coming to Edinburgh, she worked in the university libraries of Sheffield (1955-1962) and Hull (1962-1979) (where she served as Deputy under Philip Larkin).

Moon brought to the role a clear vision of the transformative effect that digitisation would have on libraries. On arriving at Edinburgh she persuaded the university to accelerate its automation programme, and Edinburgh thus became one of the first university libraries to network a version of its online catalogue. Moon also recognized the importance of national and international collaboration between libraries in an increasingly globalized research and teaching environment. She ensured that Edinburgh University played a major role in library co-operative networks and was a co-founder of CURL (Consortium of University Research Libraries, now RLUK). Moon laid particular emphasis on building up archives and special collections and expanding the library's collections to include museum objects and art works. Major collections that she brought to Edinburgh University include the papers of modern Scottish writers such as George Mackay Brown, Norman MacCaig, and Hugh MacDiarmid, the Papers of Arthur Koestler, and the Corson Collection of Sir Walter Scott Materials.

Moon, a keen traveller herself, had a lifelong research interest in women travellers. While working at Edinburgh, she gained a MPhil (Leeds University) with a thesis on Marianne North. After retiring, she attained a PhD (Hull) with a thesis on Amelia B. Edwards which was subsequently published as a book, Usefully Employed: Amelia B Edwards, Writer, Traveller, and Campaigner for Ancient Egypt (2006). Moon was elected a Fellow of the Royal Society of Edinburgh (RSE) and was curator of the RSE from 2002 to 2005.